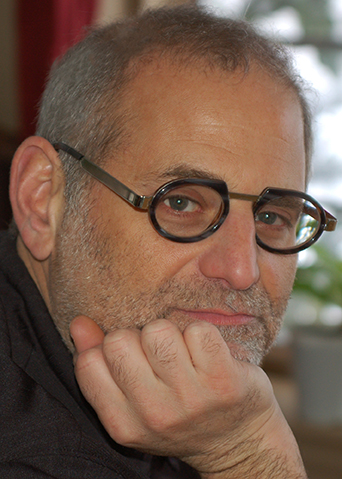 For over thirty years, Scott Laserow has been bringing his unique approach to graphic design in the form of print media, web and interactive designs, and animations. Laserow’s work has won over 75 prestigious national and international awards, been featured in 60 publications, and included in 48 exhibitions in 16 countries.

Laserow  is also a full Professor of Graphic and Interactive design at Temple University’s Tyler School of Art, in Philadelphia, where, for 28 years, he has taught at every level from foundations to graduate course, teaching everything from identities and branding to animation, website design and development, digital publication and tablet applications. He was responsible for the integration of technology for the entire school and created Tyler’s interactive program and it’s facilities from the ground up.

Since 2004, Laserow has focused increasingly on posters as a design challenge and an instrument of social change. “In 2004, I discovered the power of the poster and how it could help support humanitarian causes throughout the world,” says Laserow. “Since I started creating posters, I’ve been involved in many causes. Laserow’s posters have appeared in many international publications — including the cover of GRAPHIS posters 2015 — as well as numerous exhibitions and permanent collections and have received numerous international awards. Recently, he has started to serve as a judge for various international poster competitions.